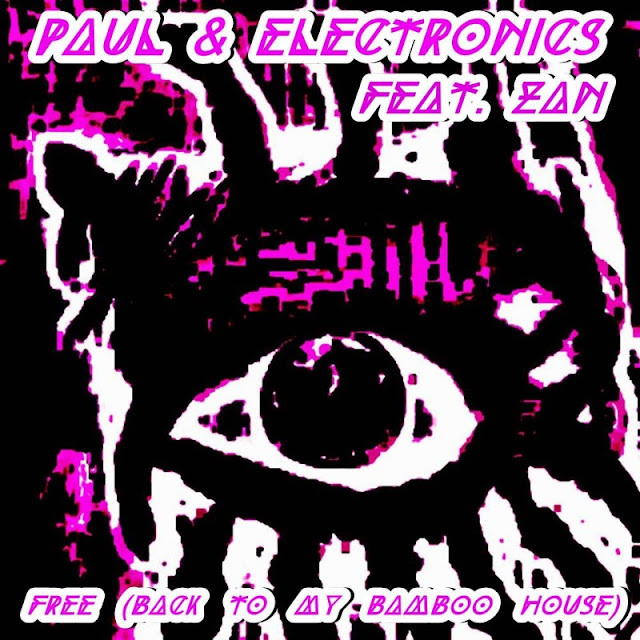 DeFox Records and Eur Records are proud to announce new single of the brilliant PAUL & ELECTRONICS.
The single titled "Free (back to my bamboo house)" see a special participation of young Italian rapper called ZAN.
The digital release will be available in March 10th, 2016 on every worldwide webstores, iTunes, Amazon, Spotify, Deezer, Google Music, Nokia, Emusic...
Plalist Radio  will put the single into rotation on their show "Daily emotions" e "Strillo a sonagli".

Paul & Electronics author and composer plays guitar and keyboards and has already released three albums.
The sounds that Paul prefers are the electronic pop mixed with dance and mixed with the new wave.
Free (back to my bamboo house) with the extraordinary participation of the young Italian rapper ZAN.
Zan started his career when he was 18. He mostly raps in English, because the music he likes listening to, and be inspired by, comes from America. Up untill now, the songs he recorded where mostly inspired by old school sounds. Lately he's been working on a lot of new sounds.
Free (back to my bamboo house) is therefore the result of the sound research by Paul & Electronics coming from the post British New Wave and aggressive and brilliant rap by Zan.
The final song swings from Dark Wave to Synth-pop and Soul all mixed with elegance and always ensuring methodical care of all the sounds that make up the song.
Free (back to my bamboo house) is a song for several generations, both for lovers of American rap, both for fans of electronic rock bands.